Is TikTok for you?

The short answer is it’s a fun social media platform for sharing user-generated videos. Often, the videos feature clips set to music, or people lip-synching to popular songs and they typically last 15 seconds, although longer formats are possible. The app is available on iOS and Android and features the ability to speed up and slow down the video and a selection of visual filters for editing.

The long answer is much more complicated.

TikTok is owned by Chinese company ByteDance and is the international version of their flagship Chinese platform Douyin, which was launched in 2016. TikTok itself was launched in 2017 but only gained mass appeal after it merged with the Chinese social media service Musical.ly in 2018.

TikTok is available in over 150 markets and 75 languages. It has been downloaded more than 200 million times and in 2020 US based global research company Morning Consult ranked TikTok as the third fastest growing brand during the COVID-19 pandemic, only behind Zoom and US streaming giant Peacock.

ByteDance’s website claims that their platforms ‘enable people to enjoy content powered by AI technology’. In other words, TikTok uses algorithms not human editors to decide what appears in your feed. As Ankur Thakkar, former lead editor at Vine, puts it, “How do you get people to engage? Apparently, you just show them things and let a powerful artificial intelligence take notes.” According to Thakkar, this explains why, when you first start using TikTok, “You’re not actually sure why you’re seeing what you’re seeing.” It’s simply the AI learning what you’re happy to spend time looking at and what you’re not. No need to worry whether you’re following the right people or not, the machine knows what you like.

According to a 2019 survey by Reuters, 60% of all TikTok users in the US were between 16-24 years old. Statista breaks it down further by age and gender, giving us a reasonably accurate portrait of who your audience is likely to be, assuming that Australian TikTok users are broadly similar to those in the US and the rest of the world. 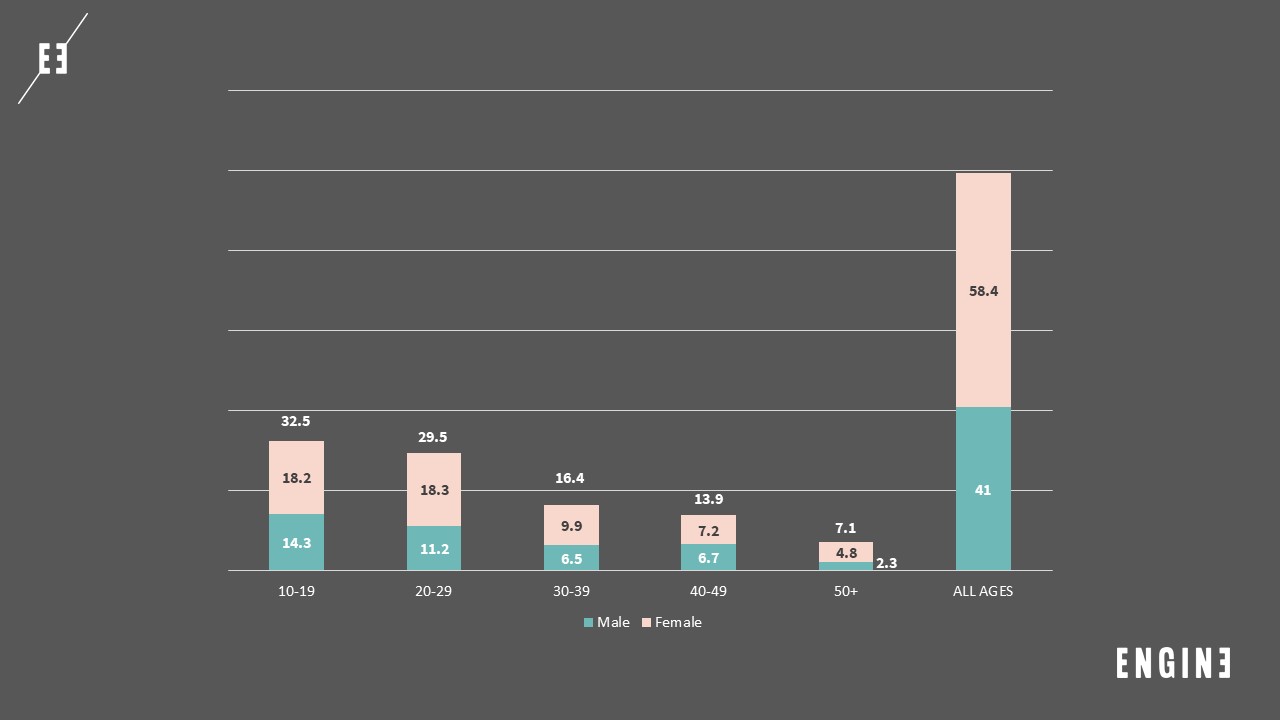 So, we know who’s on it, but why are they on it? In a 2020 Nielsen study, commissioned by TikTok, 60% of users reported they felt a greater sense of community while using TikTok. The same report also found that during the coronavirus pandemic 16% of TikTok users in the US and UK said they turned to TikTok to feel more connected to others.

TikTok trends you need to know about. 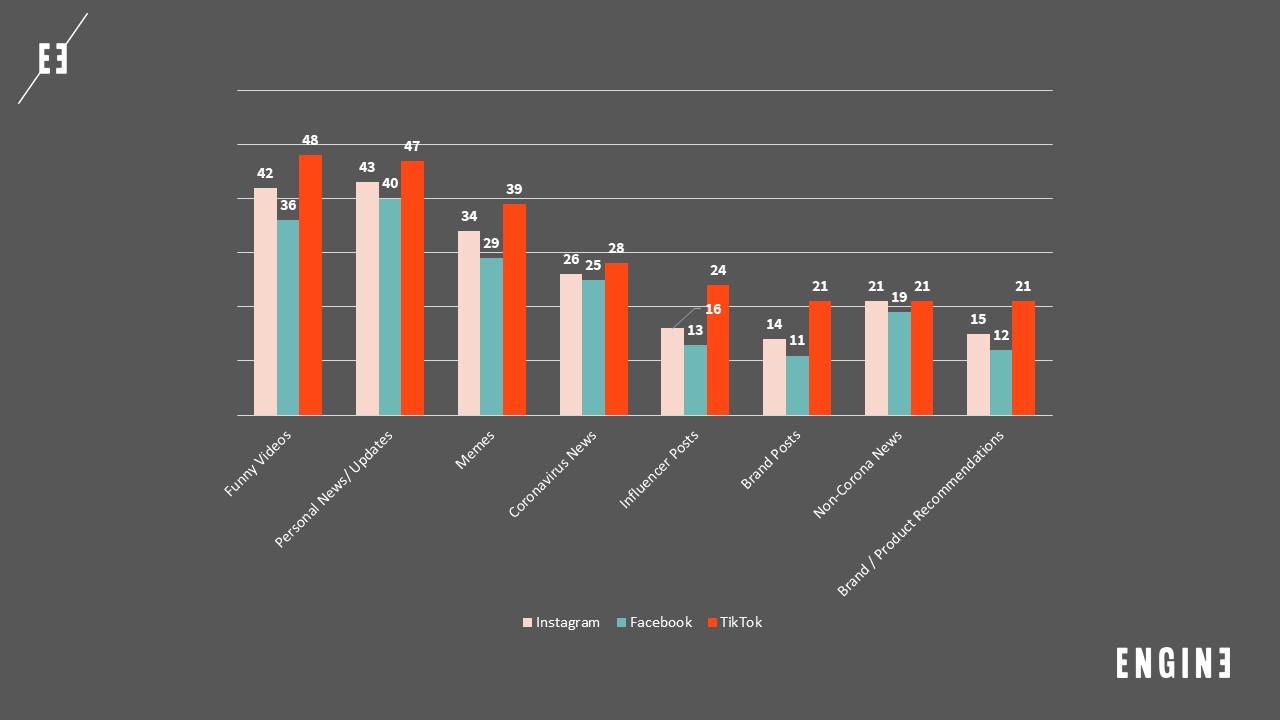 So, where should you be focusing your marketing spend? Lightricks, a company that develops video and image editing apps from offices in Europe, the US and the Middle East, predicts the top five TikTok trends for 2021 will be:

1. Memes – Memes remain extremely popular with Millennials and Gen Z and have the potential to take your marketing campaign viral. All you have to do is make sure your memes are binge-worthy not cringe-worthy.

2. Micro-Influencers – Some TikTok accounts have tens of millions of followers, others are what are known as micro-influencers and have between 5000 and 100,000 followers. In an age of tailored and personal communications, as brands try to take a more human approach to marketing, these micro-influencers are increasingly seen as a way to appeal to a more niche audience. And with TikTok still being relatively new, now is a good time to find the ideal ambassadors for your brand if you’re looking to build relationships for the long-haul.

3. User-Generated Content (UGC) – User-generated content is a key tool for businesses looking to connect with consumers. TikTok users trust and value content made by their peers, so it makes sense that they will seek it out and engage with it in preference to professionally generated marketing content. In fact, when it comes to content, social media users are 5 times more likely to be converted by UGC than professional brand posts.

4. Branded hashtag challenges – In addition to having viral potential, branded hashtag challenges are an excellent TikTok marketing strategy because they create fun experiences for followers. We’ve all seen them, some of us may even have had a go at them (#icebucketchallenge, anyone?). The point is, when they work, they work big time. For example, Elf Cosmetics was able to get over 3 million user-generated videos and over 4 billion views for its #eyeslipsface branded hashtag challenge which encouraged people to submit their own videos for a song called “Eyes, Lips, Face” that went along with the challenge.

5. Duets – Duets does exactly what it says on the tin. Your brand creates a video and then lets TikTok users duet with that video, with the two videos played simultaneously on a split-screen. Duets gives you the opportunity to showcase your product in a way that feels organic and fun to follow and allows users to participate rather than just get shown ads. This participation helps forge much stronger connections with the brand, which in turn increases customer loyalty.

As far as most users are concerned, Tik Tok is simply another form of entertainment. But some people have accused the app of having a more sinister overall purpose or being put to more dubious uses by individuals.

In the UK for example, TikTok’s appeal to younger customers has raised concerns over the way it handles its users’ personal data and the open messaging system, which allows anyone to message anyone.

In the US, the Federal Trade Commission fined ByteDance $5.7 million for collecting data on users under the age of 13 without first seeking parental consent. And as recently as March 2021, a Pakistani court ordered a new TikTok ban due to complaints over ‘indecent’ content.

But by far the most frequently raised issue is that of national security, driven by the belief that TikTok engages in information sharing with the Chinese government.

In June 2020, the Indian government banned TikTok after declaring that it and other Chinese apps were ‘Prejudicial to the sovereignty and integrity of India, defence of India, security of state and public order.’

A similar ban had been enforced in Indonesia in July 2019, but lifted when TikTok agreed to censor ‘negative’ content.

And it’s well-documented that the former host of The Apprentice is not a fan. In August 2020, President Donald Trump threatened to ban TikTok in the United States if negotiations for the company to be bought by Microsoft or a different ‘very American’ company failed. He later signed executive orders to that effect which were subsequently overturned by a Federal Court.

None of which has prevented the continued rise and rise of TikTok. After all, 800 million monthly users can’t be wrong.

To TikTok or not to TikTok

Ultimately, the decision to include TikTok in your suite of marketing tools should be influenced by the needs of your target market rather than your own social media experiences. And that is something we can definitely help you with at Engine. To find out more, give Engine’s Managing Director Tim Weger a call today (or feel free to sing him a Duet on TikTok ; )

At Engine, we’re committed to the idea that creativity in thinking and execution leads to the most memorable and effective communications. We work hand in hand with our clients to explore possibilities, identify opportunities and develop strategies that will create positive change for their business, for their brand and for their future.

Want to know more? Sign up for our Engine newsletter here:

or get in touch on social: