It was a brand with a chequered 130-year history. From global acclaim as the world’s best rum to a succession of owners that allowed its reputation to suffer – driving a generation of once-loyal customers to its archrival, Bundaberg Rum.

New owners Vok Beverages had a vision to bring Beenleigh Rum back to life. By celebrating the brand’s rich and colourful history, it hoped to attract customers old and new.

We knew two things: the product was better than ever; and our core audience were motivated by the many fascinating stories and facts behind their spirits of choice. Our ‘Be Enleightened’ campaign not only paid homage to the name on the bottle, it also provided a perfect platform to sample the product and be enlightened by its impeccable taste, personality and wonderful tales. 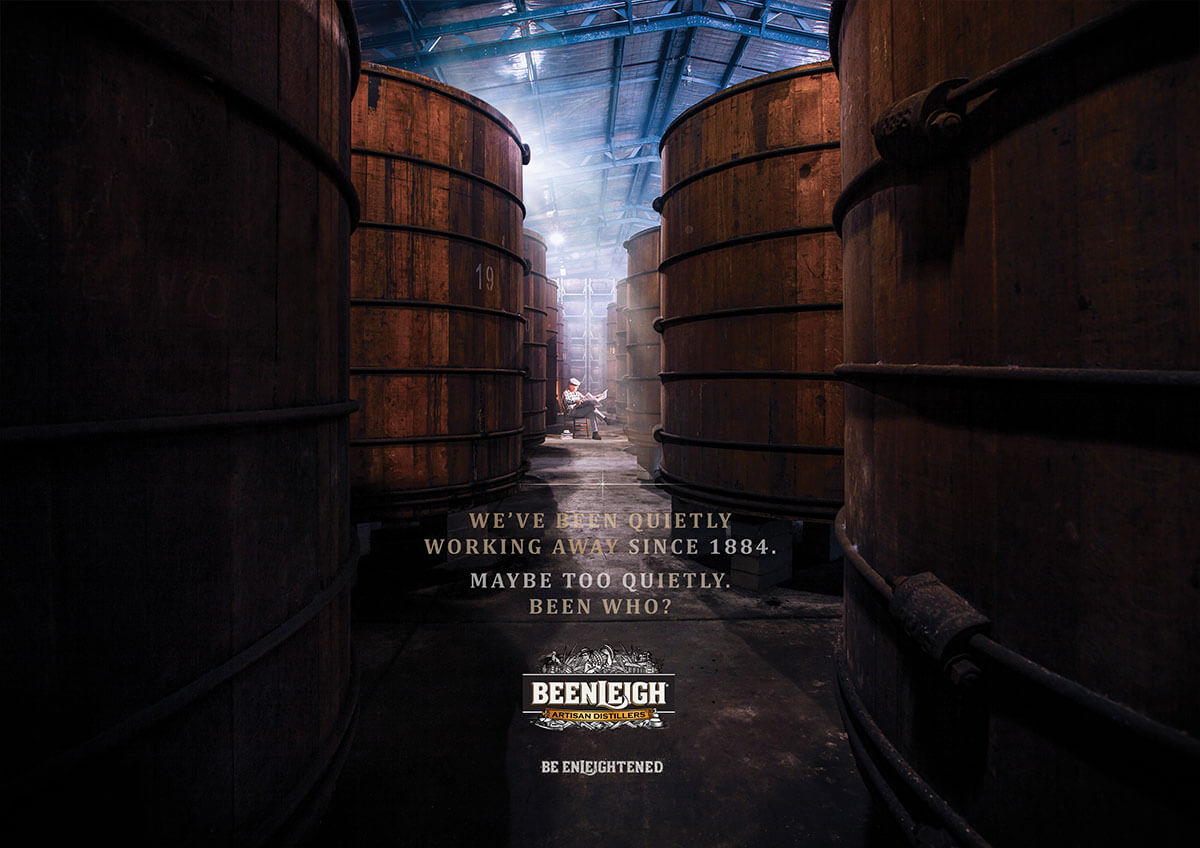 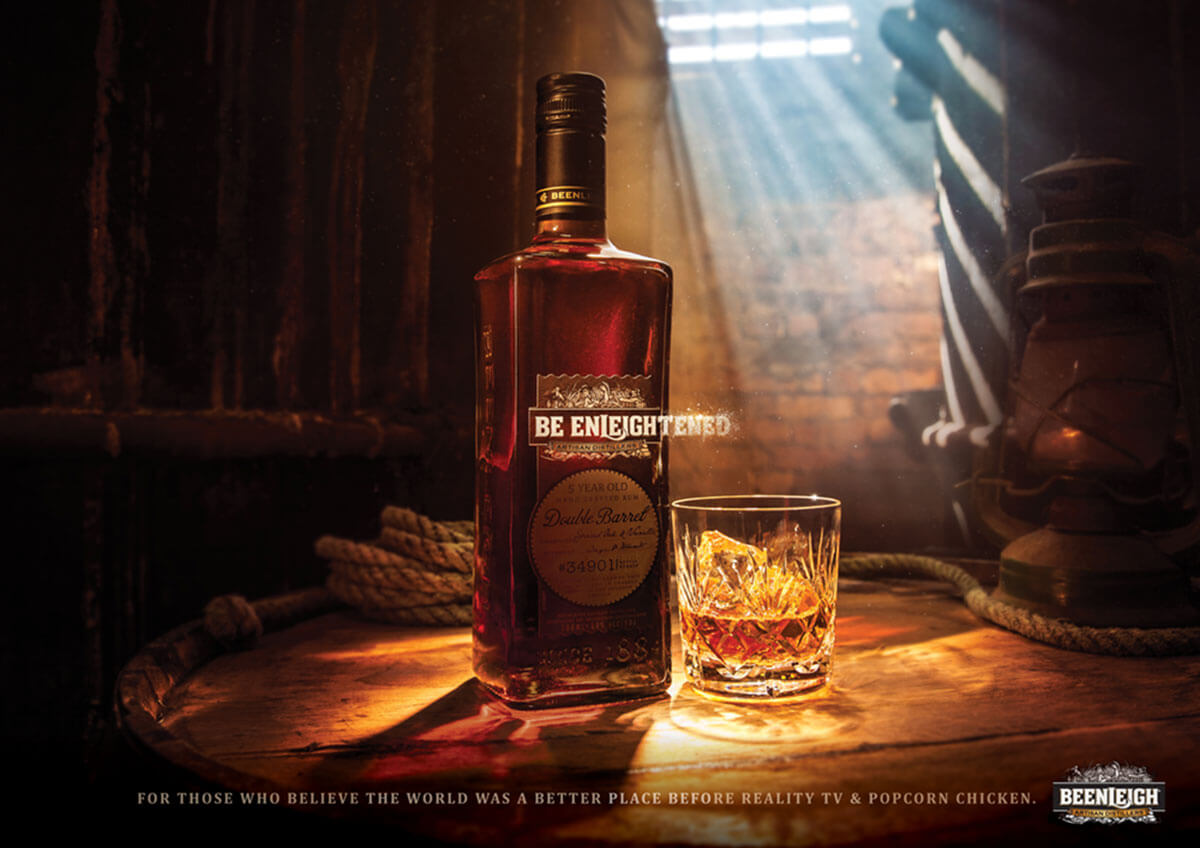 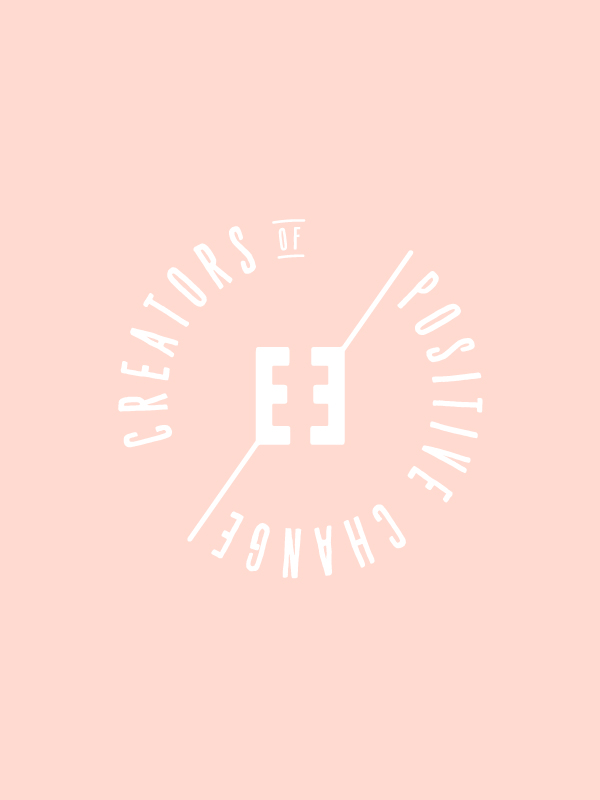 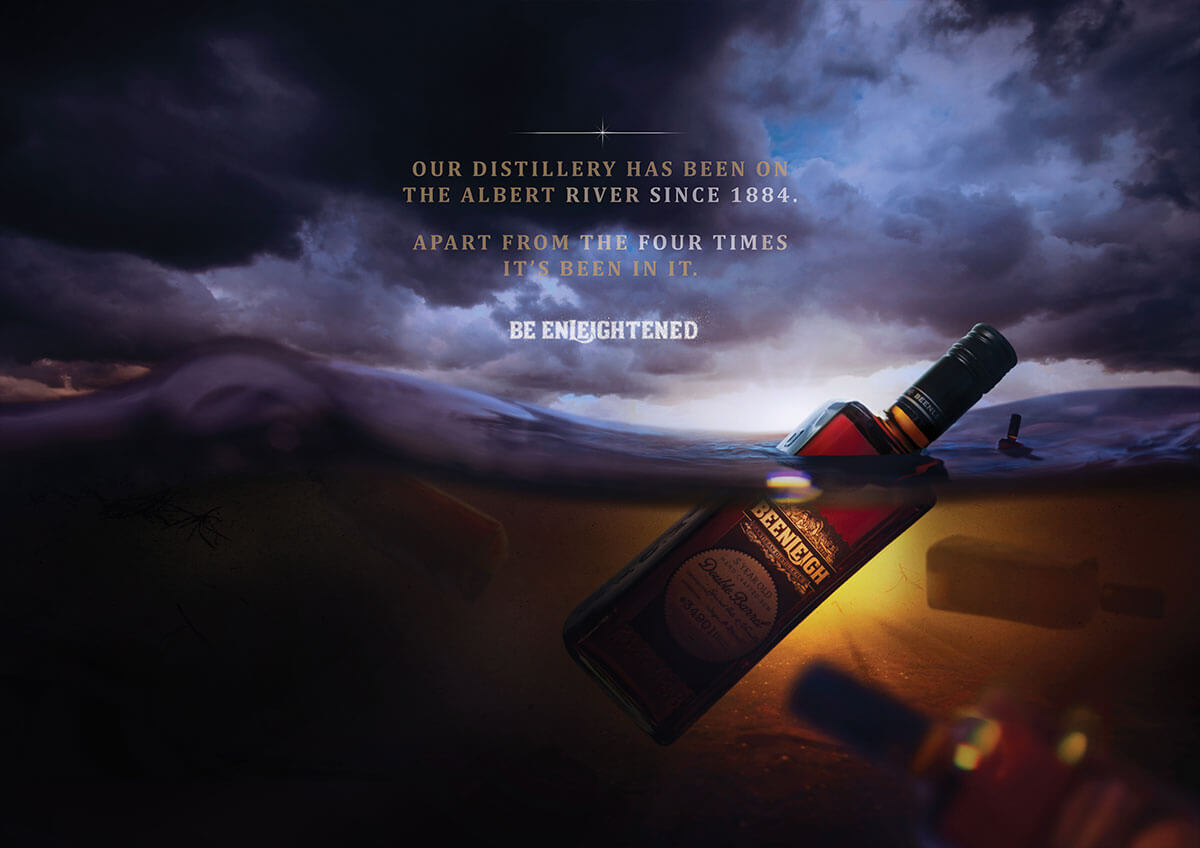 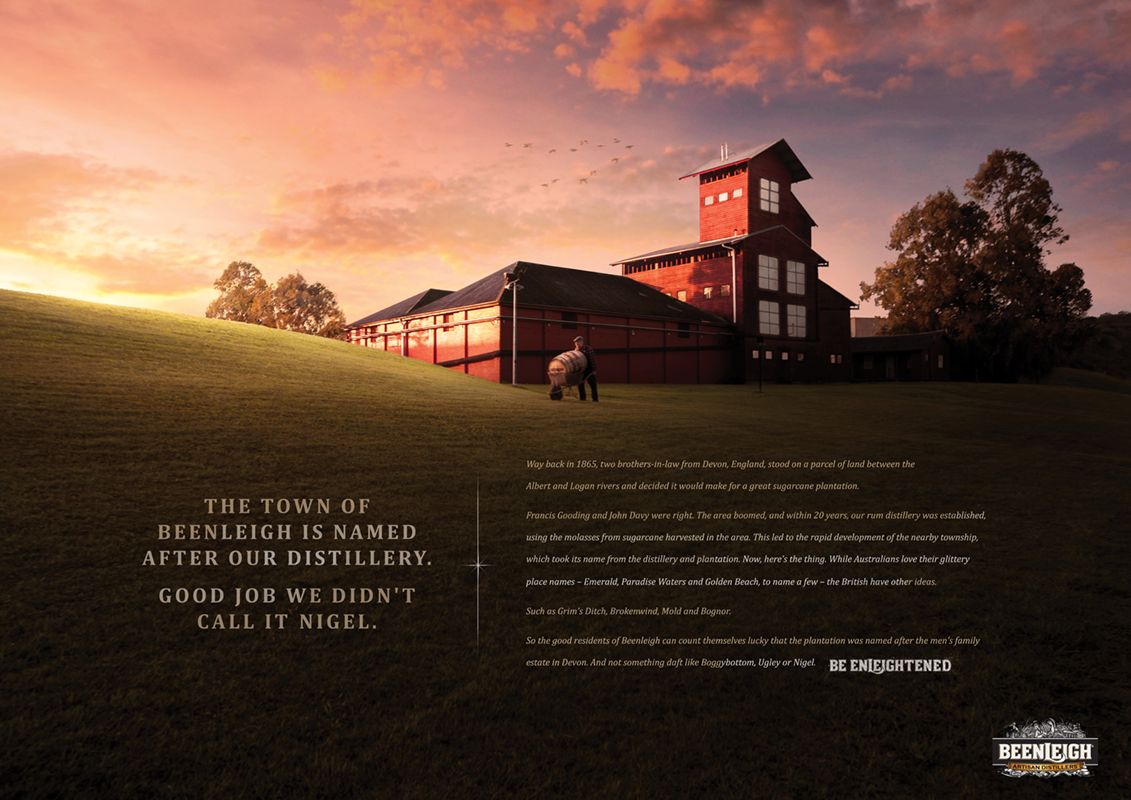 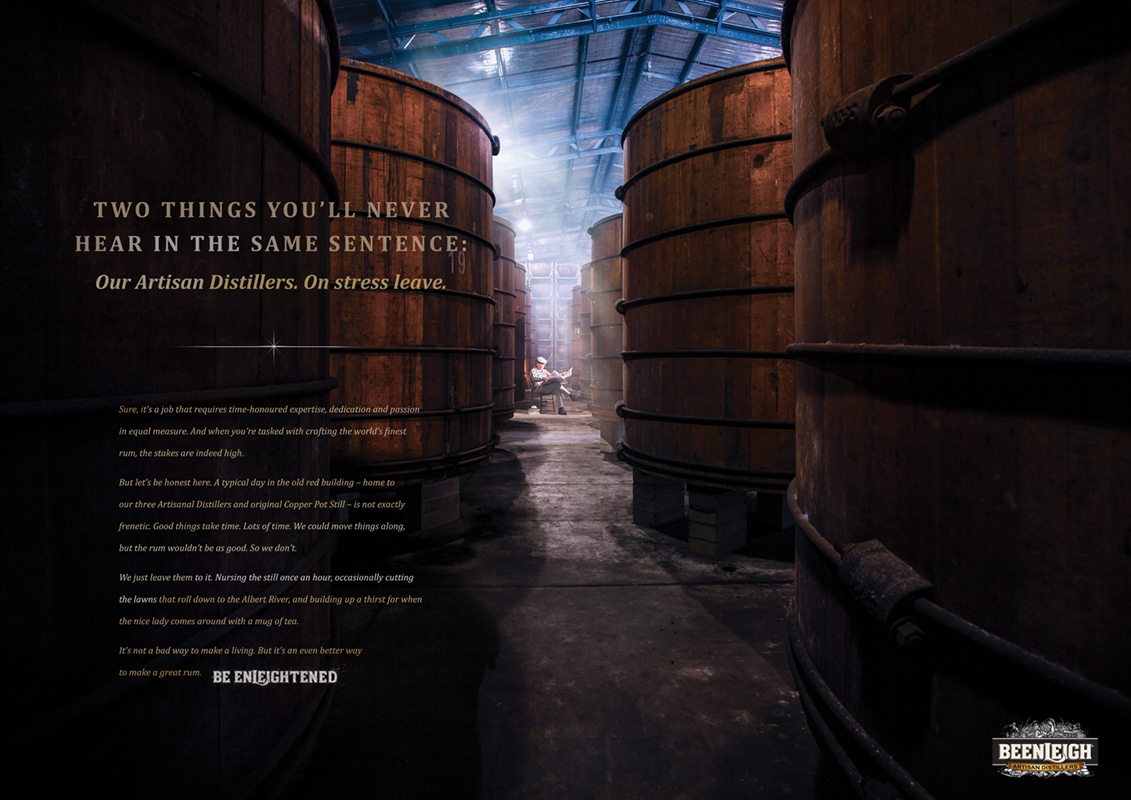 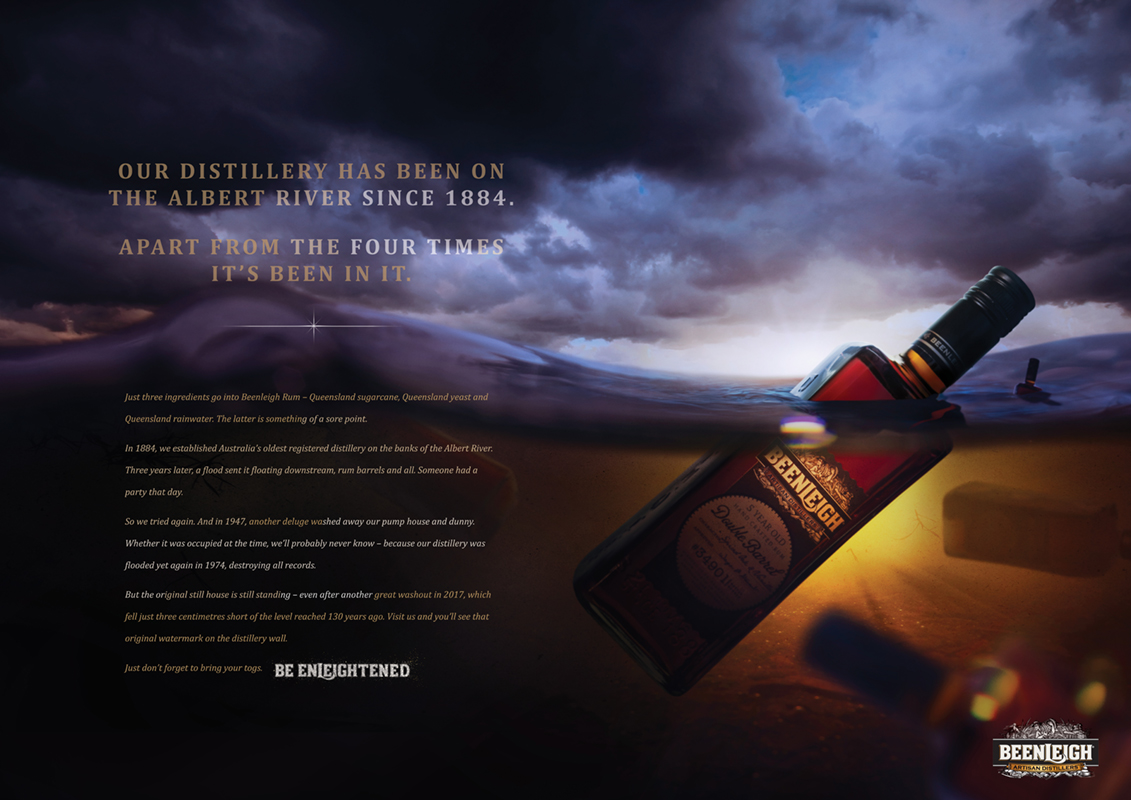 Swept the board at the 2017 BADC awards – winning 22 Gold, Silver, Bronze and Finalist gongs across multiple categories.